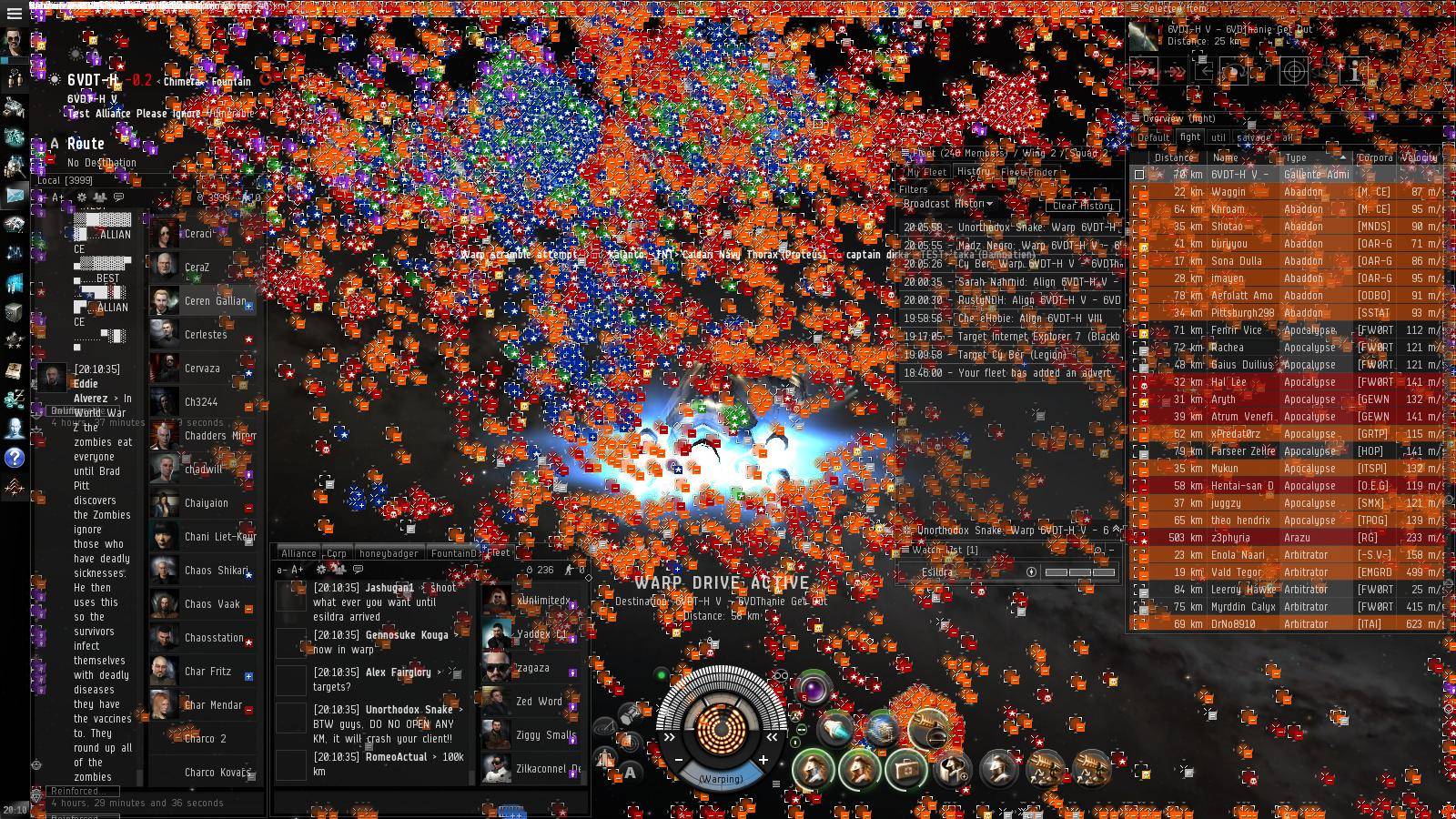 As cool as looks it’s still not enough to entice me back to Eve.

Sad to see the Reddit guys get beaten though, I’ll catch up on the  politics and gossip later.

And here’s my favourite KSP guide Scott Manley‘s Fountain War Diary… I love his passion and excitement, punctuated with his little giggles. I find watching this better than playing the game.

EVE Online’s largest space battle ever ended this past weekend after 8 straight hours of spaceship destruction and over 4,070 players from around the world fighting in a single solar system.

The Battle of 6VDT-H, between the CFC coalition and TEST Alliance and allies (all of which are players), was one of the peaks of a conflict that started with the release of the EVE Online: Odyssey expansion and resource redistribution of natural resources around the universe. Spaceship politics and intergalactic industry follow the most profitable route it seems, much like in real life. To read the original declaration of war, check out this site. http://themittani.com/news/war-cfc-invades-fountain

We wanted to make sure you didn’t miss out on this amazing part of video game history, so we hope you take a look at the recent developer’s blog detailing the background of the conlict and some statistics from the unrivaled battle itself. The blog includes some great links for further reading and assets to help in your coverage.
http://community.eveonline.com/news/dev-blogs/battle-for-6vdt-h/

As always, EVE has a free 14-day trial at www.eveonline.com
The EVE’s Alliance Tournament XI, where the top player Alliances in game battle it out with their own assets on the lne, will be livestreaming with studio commentary in its final weekend this Saturday and Sunday. More about the Alliance Tournament can be found here: http://community.eveonline.com/community/alliance-tournament/

Previous weekend matches can be viewed at www.youtube.com/eveonline