not all drugs are good… Long time no post, games & work taking up my time & we don’t talk of my newly found reddit affliction. The one game that has been taking up a copious amount of my gaming hours as been Square Enix’s beautiful celebration of Gibson’s prose, Deus Ex – Human Revolution.

As a teenage roleplay junkie, who grew up spending my evenings mesmerised reading Cyberpunk source books & fiction, I’m enthralled by this title. I now have the opportunity to take a virtual persona of Jensen, & mould his augments & morals to my playing style.

As it’s by Square Enix I’d hoped it would be more open World & not quite as linear, but the customisation of the augments more than compensated. The story rocks, the ending options are a nice touch, the graphics are stunning & the sound track finishes off the ambiance.

However the difficulty makes a great leap when it comes to the cyber boss’s & the plot option of playing through the game without killing anyone is lost on the boss fights, as only one character can leave the arena alive.

& this brings me to the point of this post, the 2nd boss fight with Fedorova.
She was kicking my augmented arse every time I reloaded. I was playing through with stealth & non-lethal, so I entered the fight with only a pistol as a killing weapon, although the are shotguns & machine pistols available in the room. I picked these up, unloaded clips, ghosted out, I thought I had beaten her several times, only to crumple to the floor and have to wait for my auto-save to reload. 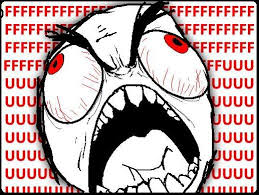 Until I found that the syringe of Hypostim not only adds 25 health points, but heals you fully 1st! There are at least 2 Hypostims in the lockers around the circumference, pick them both up when you can & deal with the bitch as you see fit.