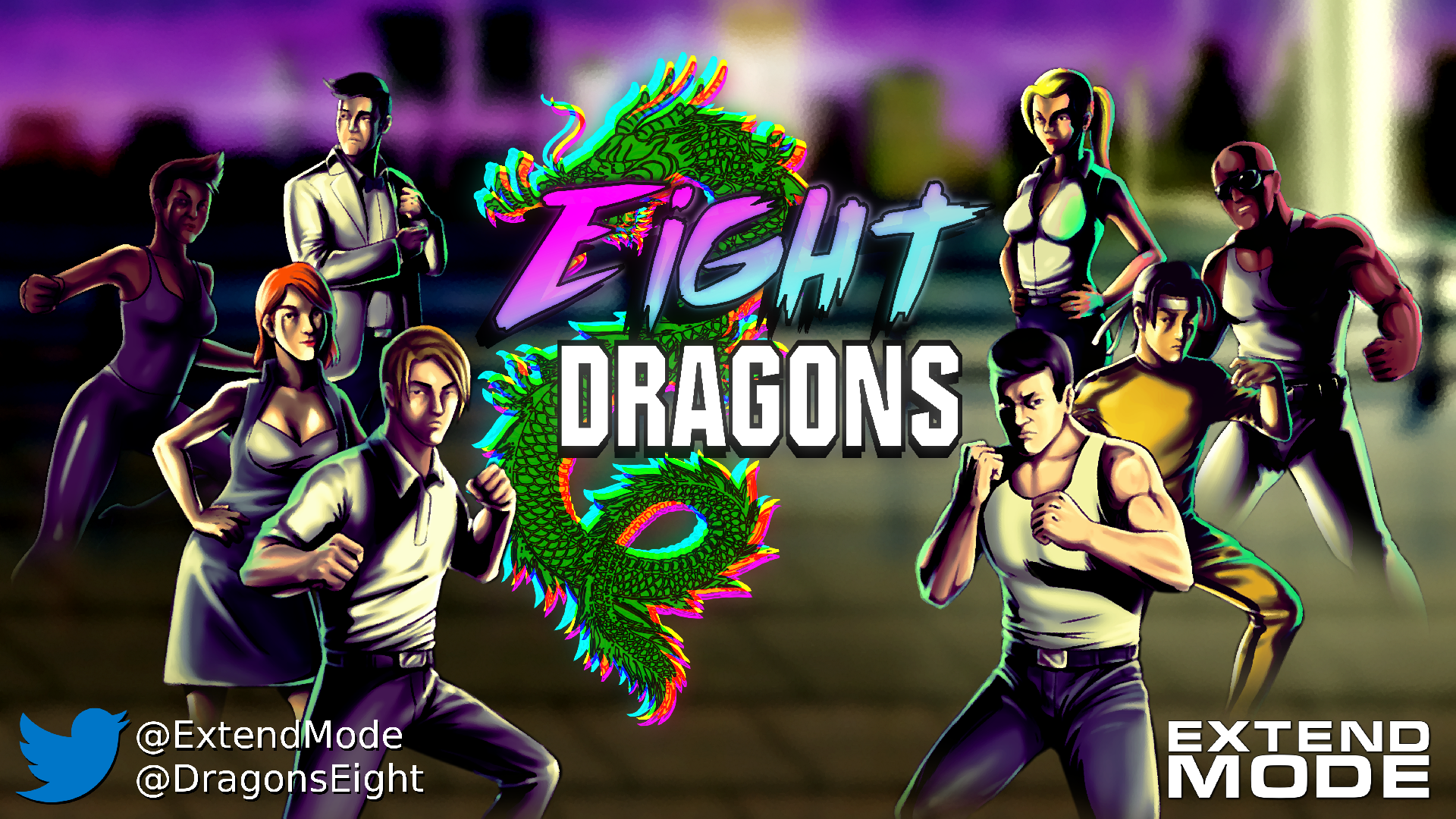 is an old-school side-scrolling fighting game that takes the classic beat-’em-up action from the eighties and pushes the gameplay and story to a whole new level! There are two ways to play EIGHT DRAGONS – first as a straightforward arcade game. Put your team together, choose your characters and kick ass from one end of Scumville to the other, leaving no bad guy standing in your quest to defeat Mr Big and bring justice to the city. In the other, you and your team take part in an epic story that adapts around you as you journey across the darker paths of Scumville to defeat Mr Big and his henchmen. Whichever way you choose, you’re guaranteed to have a real fun fight on your hands!

EIGHT DRAGONS has been in development since the summer of 2017. With a slightly larger team than Crazy Otto, Extend Mode has put everything they learned from Crazy Otto into making a better game while keeping that authentic arcade feel – without taking all your quarters!

Extreme Multiplayer: Up to eight people can play co-operatively on one PC!
Arcade Mode: Play through a straightforward arcade game straight outta 1987!
Story Mode: Play through an epic quest that adapts to how you play!
Wide Roster: Eight unique playable characters!
Variable Difficulties: You can adjust how tough your enemies are – and not just how much damage they can take!
Accessibility Options: You can adjust how fast the game runs – faster, slower, whatever you need!
Full Controller Support: If it’s an input device, it’ll work with this game!