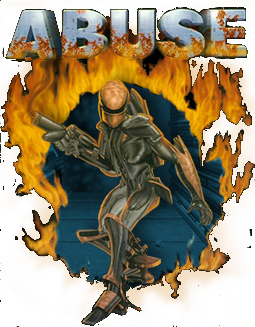 After the retro music of D-rock this afternoon, I was surprised to come across another blast from the past via Ubuntu Software Centre, a game I first played back in the late 90’s Abuse

Here’s the intro from the wiki, last updated 2 years ago! Kudos to Sam for keeping it alive.

Abuse is a dark 2D side-scrolling platform game developed by Crack dot Com in 1995. It features beautiful lighting, realistic animation and nasty alien-like creatures to destroy. It is now maintained by Sam Hocevar in an attempt to prevent it from vanishing from the Internet.

The was original for its time, making great use of the mouse, that you use to control the cross hairs of the protagonists, to fire with the left button,and sprint with the right. The arrow keys then move the character around the screen.

For it’s time it was a fast intense shoot-em-up, with a disturbing soundtrack.

I don’t remember putting much time into it, as I only had the first few demo levels, but it’s still impressive today… in an 8bit platform kinda way.

This also reminded me of another game that I was playing back on the PC then, Decent, must see if I can hunt out a copy, to see if it’s as cool as I remember.