When will this plague end? 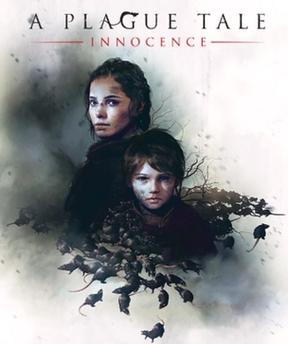 I received this for free on PSN July 2021, and the line up of games didn’t impress me much; perhaps one of the weakest months I’ve seen for me personally.

So A Plague Tale: Innocence, a stealth horror title with a linear story… not really my cup of tea. I’ve not managed to complete other triple titles of this genre as I get bored (The Last of US, I’m looking at you), although it did remind me of Brothers (siblings on a journey, 2 characters to solve problems, although limited to single player) So how was this different?

For a start it wasn’t because of great storytelling (still not sure what’s wrong with the boy, and how it links to the rats?), or better in game execution (the sling controls are poor at best).

The characters are meh (not sure why the French protagonists are speaking in English), although I did like the protector ship relationship between the siblings, although the introduction of other characters wasn’t necessary to the plot, more to introduce game elements.

Available sling shot items were interesting, but only there to mix up the repetitive generic ‘sneak past guard’ challenge… I was however impressed with some of the level design, the buildings, scenery, and people were pretty impressive.

So why did I complete this game, and not potentially better titles?

Because the levels weren’t painfully stretched out, and there weren’t too many of them.

The final boss battle took me far longer than it should have; the key was not multiple attacks, but dodging and riposting accordingly.

Enjoyment was short lived as the game closed with an unfinished open ending… although to be honest I wasn’t that highly involved or attentive to the story.

I ~~enjoyed~~ tolerated A Plague Tale: Innocence because it was short. Would I buy it; no. Did it suit PSN free monthly game list; yes.