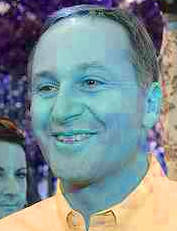 This is big news currently in NZ, the National Government are planning on passing the GCSB bill (Government Communications Security Bureau and Related Legislation Amendment Bill), that will give the GCSB the privilege to spy on domestic Kiwis.

Below is the current NZ PM’s argument why this should pass. It’s absolute rubbish, and a step closer to a monitored police state

The New Zealand Prime Minister John Key is trying to ram through legislation to legalize the kind of domestic surveillance that the US NSA and the UK GCHQ have engaged in. When asked whether he thought he had popular support for allowing the government to spy on New Zealanders’ entire online lives, he refused to answer the question and kept changing the subject to fishing quotas (seriously).

But wait, there’s more! According to Key, it is necessary to spy on Kiwis because al-Qaeda is running training camps in New Zealand. Yes, seriously.

So the mission is on to hide online activity in more earnest!