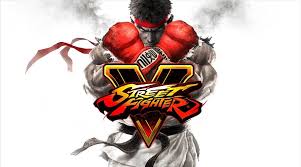 So Street Fighter V has finally arrived, and I’ve been playing as many matches as possible since launch 🙂

So the important post launch questions: is it worthy of the pre-launch hype, is it an unfinished product, how does x platform matches work?

Is Street Fighter V worthy of the pre-launch hype?

It is no secret that I’m a long time Street Fighter fan boy, so my opinion here may be a little biased; but so far for me it is living up to my expectations.

The starting selection of 16 characters is broad and varied, containing a mix of old favourites and original new fighters; with more to come over the next year or so.

I’m enjoying how the original fighters styles have been adjusted slightly (Main character is currently Ken, who is now distinctly different from Ryu), and how once charge moves, and even Chun Li’s hurricane kick, have been replaced with QCF’s.

New characters and levelling were introduced in SFiv by launching new versions; Super, Arcade Edition, and Ultra, + omega. The plan for Street Fighter V is to make characters available one at a time through the year.

while writing this I've been playing ranked matches, I've been happy sticking with casual till now, and have just been promoted to Bronze level :)

Caveat… I started this post weeks ago after launch, I’ve been playing heaps, but holding out for the March free patch; I will update when motivated 🙂