I read a tweet this week that placed a huge smile on my face 🙂
@snowconesolid was celebrating with his family and friends for the release of his latest game Giraffe Town: “Take control of a giraffe who has had enough of being held back in life by his weird feet as you slide your way through the town in a courageous pursuit of love.”

As soon as I took a look at this game I wanted to know more, and the talented dev was happy to share. So here is Samer’s inspiring story and after reading this, I think you’ll be motivated to give Giraffe Town a try 🙂

Tell me a little about yourself

My name is Samer Khatib. Some might know me as “Snowconesolid” which, is my online name that I use as like a developer name or my “persona” I suppose. I am a solo independent game developer. I’ve always been super passionate about video games and art in general and have always loved creating things regardless of what tools or materials I have at my disposal. When I was younger, I always loved creating things like short comics, sculpting really weird shitty things out of play-doh, and making stuff like statues and props out of cardboard and paper and whatever else I could find. I just enjoyed making things. Video games have had a huge influence on me. They are really what sparked my imagination and interest in art and they just have played such a major role in my life. Especially when I was younger. Every game I would play would feel like a portal into another world and I always became so immersed and into whatever it is that I was playing. I loved being taken away to all these different worlds and just being so invested in whatever was happening. 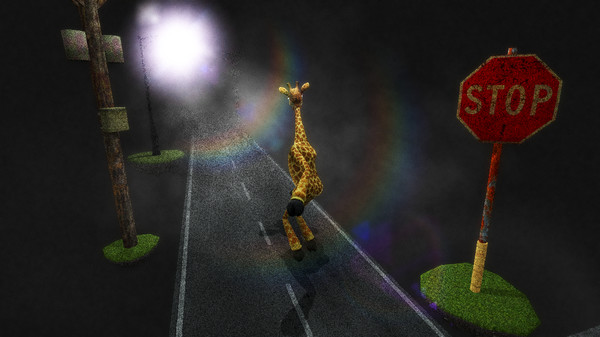 How did you get into game design?

I knew that I wanted to make games pretty much my whole life. When it came time for me to go to college, of course, I wanted to go into game design. I love technology and I love art. And I wanted to make art using technology. However, the university I attended didn’t offer such a program at the time. So, I ended up enrolling in a computer science program. The courses had us focus on programming things like boring business applications. The material being taught felt very outdated and would probably never be used outside of the classroom. Attending classes started to take a toll on me because everything just felt so forced. I hated it and It started to feel like a huge waste of time for me. I just wanted to learn how to make games. Not figure out how to do some binary assignment. I wanted to use technology as a creative outlet. Not write a program that some accountant would use. It eventually got to the point where I started skipping classes and spending my time in the library researching and teaching myself game development. With nothing but some old books and my really shitty laptop, this was the real starting point for me. Long story short, one thing lead to another and then I eventually dropped out of college to pursue my dream of becoming a game developer.

Is this your first game?

Over time I probably created like 25-30 (maybe even more) really shitty games. Some are still available, floating around online and others are just lost forever on old misplaced hard drives. Each game I made felt like a new experience and process for me and I learned so much just by constantly working on projects. I really believe in the idea of “in order to get good at something, you just have to keep doing it over and over again.” Over the years I have learned 3d modeling, texturing, rigging, sound design, using a game engine, building gameplay mechanics, creating builds and so on. The list keeps going. I have learned almost everything that I wanted to learn in order to become a game developer and to be able to make games on my own and I’m very proud of that.

I have come such a long way from when I first started making games and I think that really shows when you take my newest game “Giraffe Town” and compare it to something I did many years ago. I know this is going to sound cheesy but, I really do believe that people can accomplish anything they want if they just put their minds to it and are super passionate about what they do. Just keep working hard on yourself and don’t lose focus of your dream. That’s all that matters.

Can you tell me more about Giraffe Town

Giraffe Town is a game that constantly and intentionally cranks up the difficulty level the further you get into it. Yes, it’s a goofy rage game with some really ridiculous ideas in it, but really at its core, “Giraffe Town” is a game about finding success. It’s a game about not giving up no matter what is tossed at you. It’s a game about having patience and constantly pushing through no matter how rage-inducingly hard the game gets. The game’s main message is about getting back up. The game lets you know that it’s okay to fall and fail. You just can’t give up. You have to keep trying and eventually, once you get the hang of everything, you can accomplish anything. “Giraffe Town” is super hard, but it isn’t impossible. Just like finding success.

The long, foggy, winding, broken road level in “Giraffe Town” which is one of the first main sections of the game, really symbolizes the long, winding, broken and unclear road or path to success that we all take on in our daily lives in order to achieve our dreams. We don’t know how long the road will be. There are many holes and broken sections in the road which symbolize the little roadblocks and issues we run into in our daily lives that try to slow us down or keep us from reaching the end or finding success. The foggy-ness represents the unclear path we are taking. We all have dreams and want to pursue them, but often, it feels risky and we really have no guarantee because we can’t see it clearly. We know what we want, but we can’t see what we want clearly right in front of us. As players go further and further down the road, the weather conditions also start changing becoming gradually worse. This symbolizes that the closer we get to finding success or achieving our dreams, things seem to get harder and more complicated. So, that’s just one of the levels of the game. 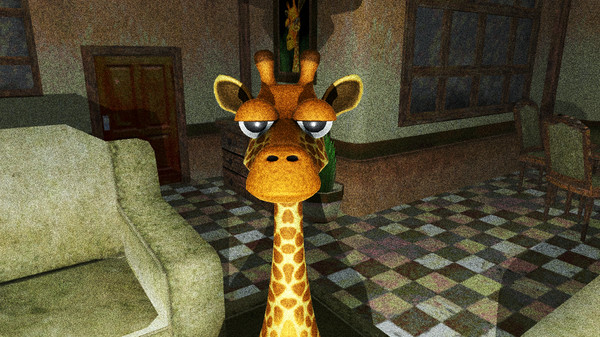 There is much more, but in order not to spoil it, I’ll leave it at that. “Giraffe Town” is a game that really comes from the heart and I am super proud of it. It’s almost like a part of me and I am very glad and grateful that I am able to put this game out there and just let it exists among all the other weird stuff the internet has to offer.

With “Giraffe Town”, I wanted to create a certain feeling of this lingering dread and depression while at the same time maintaining a comedic personality.
It’s a hellish rage horror game that pushes you to your limits. But ultimately, I wanted to take all of that and create something that is actually really beautiful and inspiring in the end.
That was my goal for this game. Did I accomplish that? That’s up to the players to decide. I did, however, love every second spent working on this game. 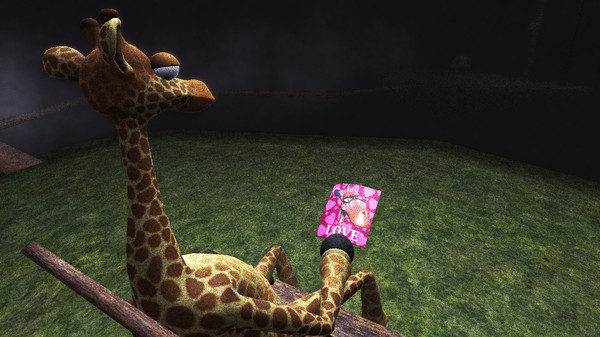 So, why should you buy “Giraffe Town”?

You should buy it because it is the greatest game of all space and time!
In all seriousness though, I really do think that it’s something different and unlike any other game out there at the moment.
It’s an experience with a deeper message behind it. So those are the reasons you should buy “Giraffe Town”.

Also, some money would be nice… I mean… So that I could keep making games and such…

Thanks for your time Samer, please subscirbe to his twitter feed and give Giraffe Town a try 🙂