By the charity of another I’m now playing Ingress 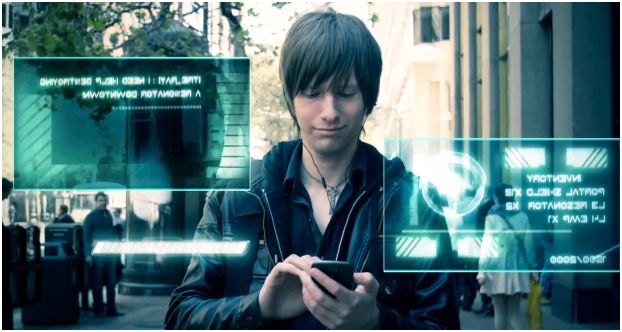 [rating:4]
A kindly gent passed on to me an Ingress invite last night 🙂
I’m really stoked about it, and have had fun today hacking a few portals.

I still think Ingress is one big fact finding tool for Google, although I’m just a tiny fish in a global pond, I’m still a little cautious… crazy eh?

Players of the game belong to one of two factions, “Enlightened” (represented in green) and “Resistance” (blue). The game-play allows players to enclose regions of territory on the surface of the earth with virtual links between virtual portals, which are visible in the game software. The top-level goal of the game is for one’s faction to control large numbers of “Mind Units”, the estimated number of humans within the regions of territory controlled by the faction.

So I’ve joined a few Google plus communities, applied for others that are invite only, and have downloaded a couple of useful apps. I’ve found these very valuable in finding my way around, and my lunch time walk now has a mission behind it 🙂

Feeling a little underpowered when I see the local ‘COMM’ shows other individuals capturing heaps of portals, when all I can do is a light hack. From what I’ve read, teams are the way forward, and over time I’ll level up.

I’m looking forward to seeing the bits of the World this will open up, I’ve even been introduced to a couple in my local neighbourhood so far

Ingress Intel Helper
The easiest way to view the Ingress Intel Map from your phone.
Provides a handy shortcut to load the intel map directly from your home screen. No more worrying about keeping the tab open in Chrome! Now you can switch between Ingress and the Intel Map with ease.
install here