Brothers: A Tale of Two Sons 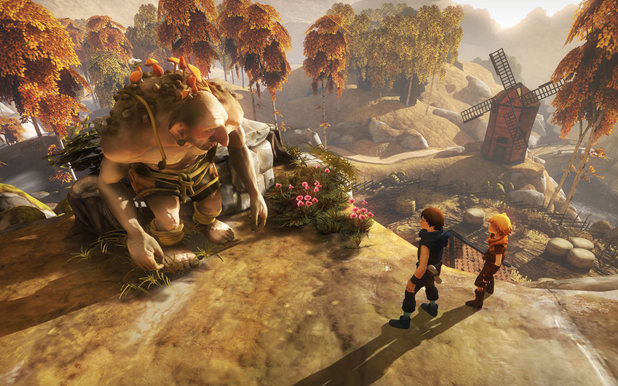 I’ve just started playing Brothers: A Tale of Two Sons, it received high ratings for an arcade title [Metacritic 86%] so thought I’d give it a go.

The tasks seem not too complex, the biggest challenge is to control the 2 characters, that are live at both the same time. Each boy is controlled by a different thumb stick, the relevant trigger being for their action.

The game pace is steady and relaxed, the vistas pleasing, with a nice attention to detail and ambient location feel.

The boys seem to have their own characters; the younger more playful and more musical from what I’ve found so far.

Even though there is no recognisable dialogue… they seem to be speaking some language, that sounds Nordic but is really closer to Simlish, you understand the intention.

Even so, after the initial couple of minutes you know that it’s going to be an emotional ride, and I think this will drive me to play it through to the end.