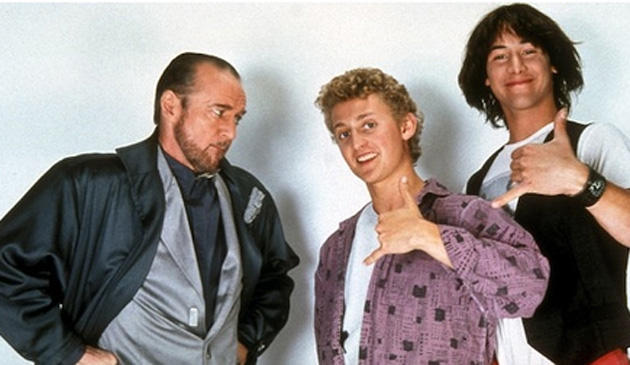 There’s a script, actors willing to perform, sans Rufus 🙁
Hope a way can be found to make it happen.

I’ve loved Bill and Ted since my teens, scary to think it’s so long ago, I would really like to say a third installment, closure 😉

"It's basically that Bill and Ted haven't been able to create that song that's supposed to change the world and what that's done to them," Reeves said. "So they go into the future to try to figure out what happened, and some hijinks ensue. So there's something about family and mortality and I think it's a wonderful extension to these wonderful characters."