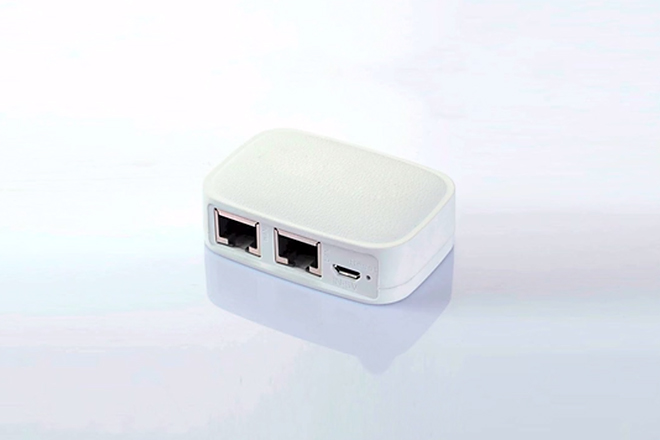 With This Tiny Box, You Can Anonymize Everything You Do Online

No tool in existence protects your anonymity on the Web better than the software Tor, which encrypts Internet traffic and bounces it through random computers around the world. But for guarding anything other than Web browsing, Tor has required a mixture of finicky technical setup and software tweaks. Now routing all your traffic through Tor may be as simple as putting a portable hardware condom on your ethernet cable.

Today a group of privacy-focused developers plans to launch a Kickstarter campaign for Anonabox. The $45 open-source router automatically directs all data that connects to it by ethernet or Wifi through the Tor network, hiding the user’s IP address and skirting censorship. It’s also small enough to hide two in a pack of cigarettes. Anonabox’s tiny size means users can carry the device with them anywhere, plugging it into an office ethernet cable to do sensitive work or in a cybercafe in China to evade the Great Firewall. The result, if Anonabox fulfills its security promises, is that it could become significantly easier to anonymize all your traffic with Tor—not just Web browsing, but email, instant messaging, filesharing and all the other miscellaneous digital exhaust that your computer leaves behind online

What a cool idea, that’s why I’ve built one already: Onion Pi 🙂

Here the kickstarter link for those who don’t want to build their own: anonabox : a Tor hardware router

Hope these guys manage to get enough support, the price seems competetive… but will it be just a Tor router, and not get all the additional functionality of a Raspberry Pi?