Perfect gift for someone you dislike, a lot 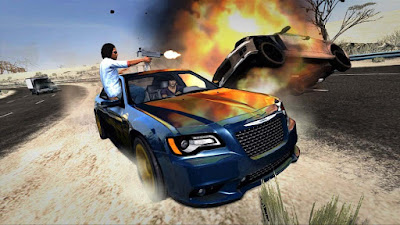 [Rating:0] – I can’t think of anything redeemable
I wrote a post recently that I should review poor games from time to time, and this weekend is certainly it.

Fast and Furious Showdown is perhaps the worst game I’ve played on a 3rd generation console.

I do like driving games, and have even been known to enjoy a Fast and Furious film. I would not say that I am a big fan, I just wanted to give the impression that I am coming from a positive / neutral background when I describe how poor this game actually is.

So the lack of in game physics, characters that are engaging, a plot device, and loading times that allowed me to compile this between the first 2 levels… pick the worst fault.

Individually these factors are not game spoilers, but the composite of them all is appalling.

I wonder how much was paid for the licence to make this game, and more why they then went and wasted it like this.

If you need to buy someone a present, and you don’t really like them, this then, and only then is this the perfect gift.