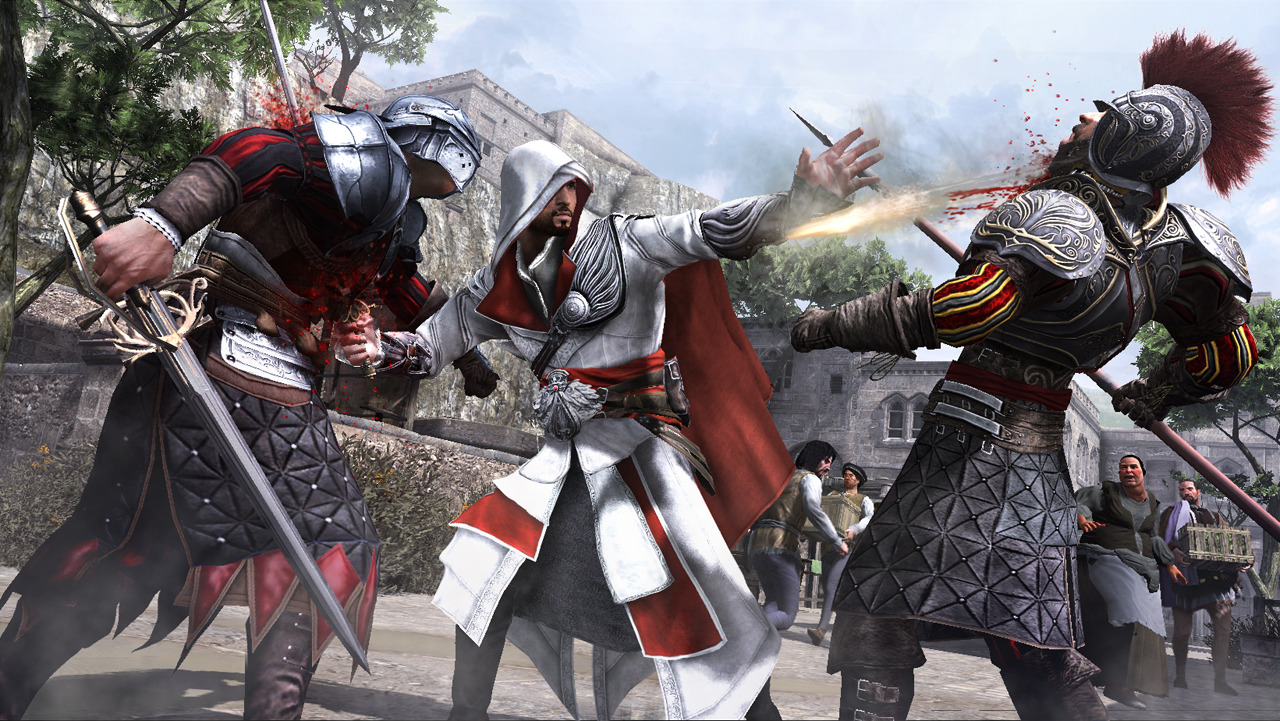 This weekend I picked up Assassins Creed Brotherhood for the PS3.
I played the 1st 2 on the 360 & enjoyed them lots. I was a little reluctant to play this on the PS3, as I kinda wanted the gamer points on xbox live… don’t think I’ve mentioned before about my compulsion to build my score 🙂

What I’m not enjoying

Think I prefer the PS3 version to the 360, only ‘cos the controls seem easier more fluent & responsive… lots less fogging too.

Another amazingly stylised title from Ubisoft… from whom I’ve been playing a lot of good games lately.

I’d certainly recommend picking this up, especially if you’ve played the prequels, many hours of bad ass assassin action & a great game to chill with as you can play in the virtual medieval sand box of Rome

Look forward to the next installment.
** blog title in reference to