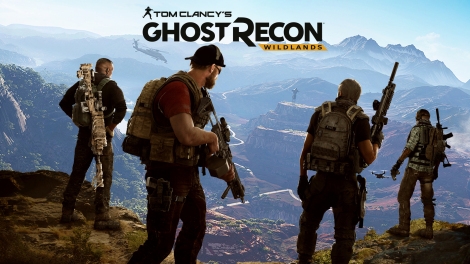 Summary: Taking place a few years into the future, Ghost Recon Wildlands empowers players to lead a team of Ghosts, a four-player U.S. Elite Special Operations unit, on a covert mission to destroy the Santa Blanca drug cartel, an underworld force and growing global threat within Ubisoft’s imagining of a beautiful, yet dangerous Bolivia. With hundreds of villages and well-known landmarks, local legends and various factions and regions, players venture into a vast world with which to interact and explore. The Ghosts’ upgradable skills, along with a vast arsenal of weapons, vehicles and drones, help them defeat their almighty enemy. Gamers can play the entire game solo or they join up with as many as three friends in co-op to roam freely in this vast playground.

I picked up Ghost Recon?: Wildlands on the PS4, as I was a big fan of the early releases on the original XBOX, certainly the multiplayer battles.

I ws impressed by the awesome graphics and FMV, usual control system, but there’s just something about the game that doesn’t compel me to put in more hours; and in this day and age where there is a plethora of quality titles to gobble up my limited play time like pacman on a pill binge I’ve returned this game to the retailer.

Great opportunity for this to work well with real life teams, although I couldn’t find a team mates who would cooperate; everyone seemed to run off and do their own thing. This is cool in vs games but not when you have a shared objective.